Smashing Through The Glass – IWD 2020

This year for International Women’s Day we conducted a series of interviews with some of the female leaders within LHi Group. First up was our Head of People, Anne-Marie Butts, who at the beginning of last year became the first female on our board of directors.​

1. What has your journey as a leader been like at LHi?

"You could say that my journey to becoming Head of People as I am now wasn’t a linear one as there were a lot of twist and turns on the way.  The business has changed dramatically, and we have all had to adapt and grow with the changing tides!

When I started in the business almost 8 years ago, I was leading the function as ‘Global Head of Talent Acquisition and Induction Training’ and at the time there was only around 35 people in the group but during my first year I lead LHi to around 55 people. The management journey itself has gone from 1 person (me) to having an amazing team of 9 covering HR / Talent and Learning and Development.

I’ve been so lucky to be a part of a business where we embrace change, we put our people first and we offer people opportunities to push themselves out of their comfort zone to realise their potential – I am an example of that."

2. How have you seen the companies gender diversity change over the years?

"​When I first joined the business, we had very few women in the sales group but actually we’d never even had a male Top Biller!  Despite this, we were heavily male-dominated, 80/20 split male/female in sales which was a concern, particularly if we were going to scale the way we needed to, as well as create the inclusive & equal environment that we were striving for.

We looked at several solutions but the one that had the biggest impact was changing what we looked for and how we interviewed people.

This among a host of other initiatives we’d driven has tipped us into a more balanced workforce.  In the past 24 months we have become a business that really is people first and values the importance of diverse teams that create more positive working environments.  We are now closer to 60/40 – still some way to go but I can now say that we are genuinely a diverse and inclusive company." 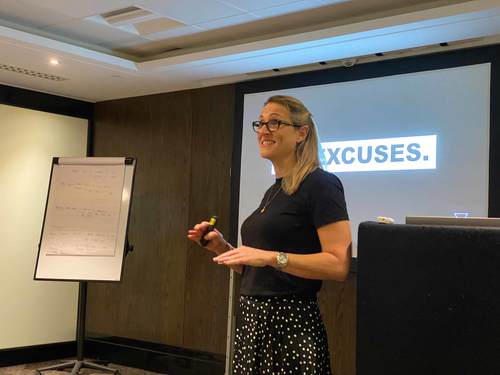 3. Did you face any difficulties for being a leader within LHi?

"My biggest challenge as a leader was more around not being able to see the path that lay ahead clearly…but this was more about the fact that the role I do didn’t exist at LHi, the lack of females was probably secondary but played into some of the self-doubt I had developed over time.

Seeking out mentors, internally and externally really helped me to gain more clarity on my role and who how I could contribute to the business."

4. What difference do you believe you have made for other women in LHi?

"I hope that in being in this role I have given our people confidence and reassurance that it’s possible to be in a senior leadership position in the Group, regardless of gender both on the sales side as well as operationally.

I want to help everyone on their career journey and give people confidence and reassurance that anything is possible (with a lot of hard work and support).  Whether it’s supporting Sam Keay or Imogen Simpkin’s journey from grad to top billers in the USA or in my own team, supporting Jen Brown and Julia Zucco move from sales into Talent and now into HR, support Sophie Harrison build her L&D function, I really  - It makes me extremely proud watching them grow in their careers.

I hope in operations I have helped by stepping up and becoming a director and made it easier for other women in the business to visualise getting to this level within LHi."​ 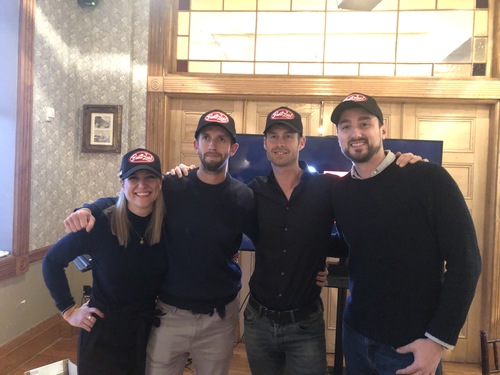 5. How did you feel being the first female on the board of directors at LHi?

"Honoured and very proud but also a bit out of my comfort zone!

Our philosophy around the ‘Younger You’ rings true here.  I felt a responsibility to break down the barriers I faced in achieving directorship, making sure that our people (men and women) coming through feel empowered to grow their great careers and their paths are an easy one (and quicker than mine!)

I guess I’m proud that I’ve broken through that glass for women within the business and hopefully show them where their career can lead them to within LHi."

If you're interested in hearing out about all of our opportunities at LHi Group, visit our contact us page to speak to a member of the team, or view all of our live vacancies and apply for a position today.

Is a career in Internal Recruitment for me?

Recruitment is a big industry with an even bigger reputation. If you’re thinking of becoming a recruitment consultant, you may have heard stories about the workload, t...

How to write the ideal CV/Resume

It’s time to submit an application for a new job. You recently graduated and looking to get some experience, or you’re ready to move up the career ladder and take up n...